Last year, I launched a Developer Preview of Xcoverage, a new application for visualizing code coverage reports on Mac OS X. Unfortunately, the software was quite fragile, relying on NSTask to invoke parts of Xcode’s toolchain and parse its output. As of Xcode 6, Xcoverage would just crash when opening a folder of code coverage reports.

To mitigate such issues going forward, Xcoverage 2 has been re-written on top of LLVM. Moreover, parts of LLVM are compiled into Xcoverage, so you don’t need to have Xcode installed to use it. This design is also more Sandbox-friendly. As a result, Xcoverage 2 is now available in the Mac App Store. In fact, it’s the first code coverage analysis tool in the store. 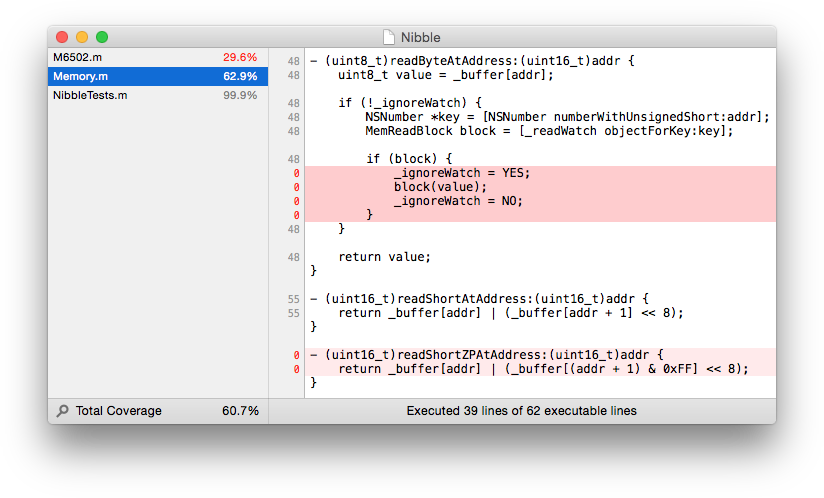