Suppose you’re writing an image editor and want to draw a checkerboard background behind the transparent areas of images. We can simulate this in a macOS Swift Playground with a translucent blue square being drawn over a checkerboard pattern:

If you visualize the canvas view, it looks just like what we’d expect: 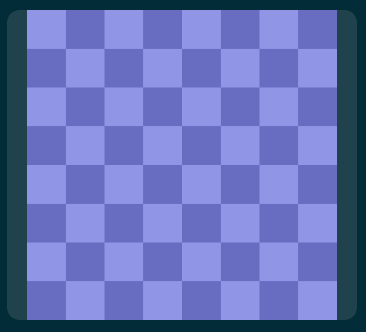 Now let’s imagine our image editor supports layers and lets users pick a blend mode for each layer. If we simulate this by placing a call to:

… you’ll notice the soft light effect is being composited against the checkerboard background, as if it were part of the image: 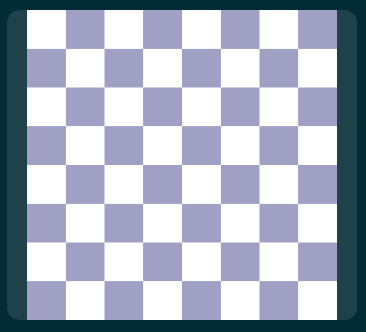 This is incorrect and misleading to the user since an exported version of the image (without the checkerboard pattern) would still just be a translucent blue square.

To fix this, we need more fine-grained control over what is actually being blended when we apply a blend mode. We can achieve this with transparency layers in Core Graphics. I tend to think of transparency layers as regions of the graphics state where anything drawn is oblivious to what came before it, even though they’re not exactly that. It’s probably best just to see an example.

Now, Core Graphics will composite our rectangle as if the checkerboard background was not there, and that’s just what we’d expect: 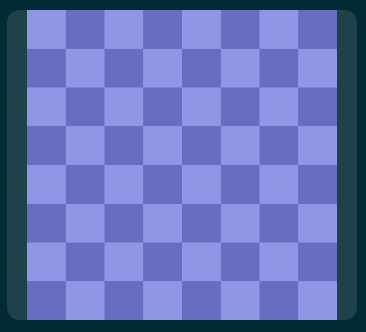